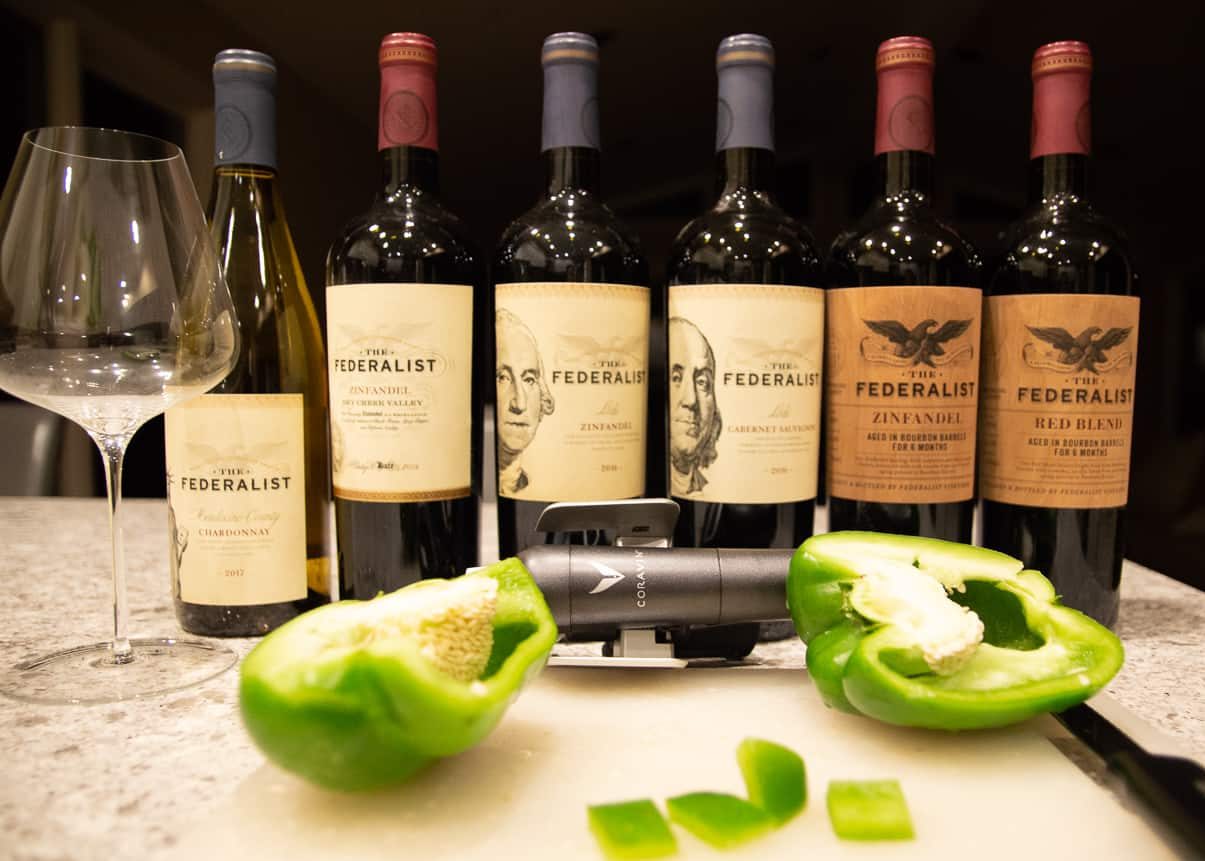 Last Updated on November 5, 2019 by JaimeSays

Earlier this year, I was graciously gifted a slew of The Federalist Wine to highlight a partnership between Terlato Wine and Wrigley Field. Now that the warm weather is gone for at least half a year, I’m back to craving bold reds. You know, something to warm you up when the sun hasn’t been seen in a week.

Down to the wine cave I went, in search of some Zinfandel. As I started looking, I realized I didn’t know where to start. I had never had The Federalist Wine offering of Zinfandel before, so I decided to try all three!

Zinfandel is a black grape that grows well in warm regions. Zinfandel wines are from California are known to be dry, fruit forward, with high alcohol and medium to high body and tannin. Identifiable flavors are simultaneously red, black, and cooked fruit, tobacco, and cinnamon. These wines pair well with mild but highly spiced food like that of Northern Africa and Korean barbeque.

California Zins are true DNA clones of two European Grapes as well: Italy’s Primitivo and Croatia’s Plavic Mali in Tribidrag. In California, some of the best AVAs for Zinfandel are found on the Northern Coast as well as in Central California’s Lodi AVA and Paso Robles. Howell Mountain AVA in Napa and Sonoma’s Rockpile AVA are other regions known for their Zinfandels.

But Did You Know? Zinfandel is Great for Tailgating!

I am not a huge post-September outdoor sports fan, but that’s mostly because I don’t want to be cold. There is nothing worse than having the drink options of an ice cold beer or a hot beverage that becomes lukewarm after 60 seconds. That’s where Zinfandel by The Federalist Wine beats out the competition. Neither iced nor heated, the higher alcohol content of the drink will warm you without disappointment. The peppery flavors and lower tannins means it will pair nicely with chili, wings, burgers and many of the fixins of tailgate season. Consider grabbing a bottle for your next football game!

This cold snap in Chicagoland has me forcing mysel

My husband found the cutest French Patisserie in N

Millie’s face when she found out I’m working o

All the goodies that have been complimentary given

Have you signed up for direct to your door wild ca

Have you been to Columbus, Indiana?? During the 1