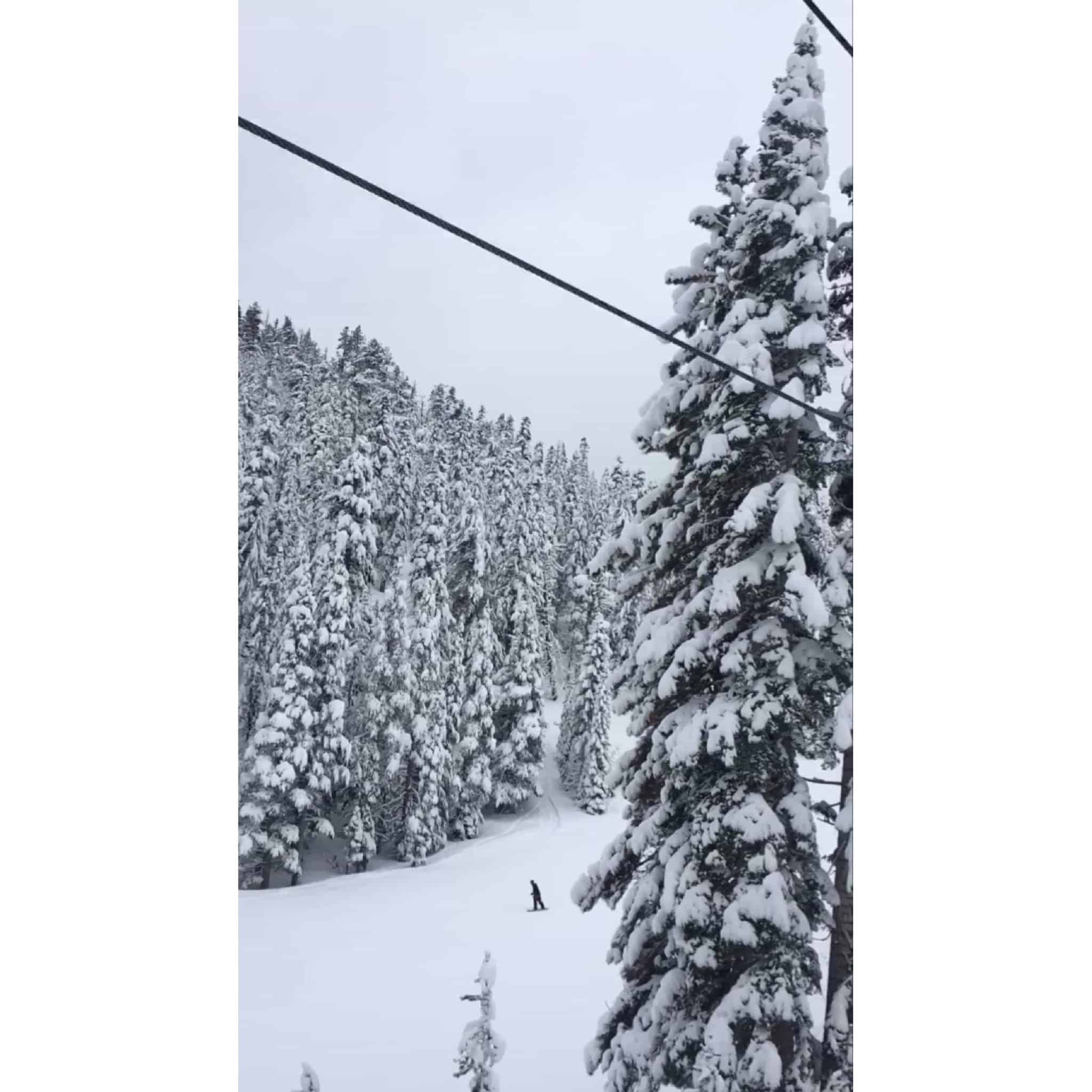 Have you been on a trip that ended up being a bit of a letdown? For a traveler from the Midwest, Lake Tahoe was a lot of hassle with little reward. Maybe I should have visited in the summer. I went intending to have a great ski trip, but instead spend most of my time off the mountain looking for South Lake Tahoe activities without a car.

I sat on this post for three weeks.  It took me about that long to move past the disappointment and frustration of my girls ski trip to Lake Tahoe, California. It turns out,  you need to have a car to make the best of South Lake Tahoe activities in February.  That is, the best of South Lake Tahoe activities that aren’t skiing.  Although spending time with my friends was absolutely lovely, the inclement weather and overall headache of travel really took something out of me.  I think it was the first trip I’ve been on where I thought, “I wish I hadn’t used my vacation days on this.”  Let me tell you what happened.

Find the best South Lake Tahoe Activites, compare prices, and read what other travelers have to say at TripAdvisor

No direct flights to Reno-Tahoe International Airport from Chicago

I had a 5AM flight out of Chicago to Phoenix which took about four hours, a four-hour layover in Phoenix, and then a two hour flight to Reno.  This is a hard pill to swallow because, domestically, almost everything is available on a direct flight from Chicago. From Reno, I took the South Tahoe Airporter to the Lake Tahoe Resort Hotel, a ride that was supposed to be just under two hours.  Since I had already traveled for 10 hours by the time I landed in Reno, I thought luck was on my side when I got on the shuttle leaving an hour and a half earlier than the one for which I had purchased a ticket.  Unfortunately that was not the case.
Never Before Savings on First Class Airfares. Get up to $100 Off* with Code FC100

The first issue on the South Lake Tahoe Airporter was that our driver blasted 80’s metal at a very loud volume in the shuttle. I know it is just a difference of taste, but hours of head banging hard rock was a bit hard to handle. Then there was the rockslide. I am aware that California is known for droughts, fires, mudslides, earthquakes…basically anything that Mother Nature can throw at it. Unfortunately, the frequency with which these weather phenomena occur escaped me. When, at 90 minutes into our shuttle ride we encountered one such rockslide, we turned around and spent another 90 minutes getting into town the back way. Thankfully, I had a bag of lupini beans and a bottle of water, but the water went quickly and I spent the last hour quite thirsty. Note to anyone taking a shuttle anywhere: bring water and snacks.

When the shuttle finally arrived at the hotel strip of South Lake Tahoe and I regained phone signal, I learned that my friends coming in from New York and Seattle were all experiencing delays as well.  Since we were there with Echo Tours as part of the Northwestern University Alumni Ski Trip, I went to check in and get my ski passes.  It was here that I learned the rain that blanketed the valley of mountain, continued heartily up into the peaks, and had been that way for days.  Our ski trip was under a deluge of rain.

Day one of our three day lift pass started with the closure of Heavenly Mountain.  Although we stayed in Heavenly Village, our lift passes worked at Northstar and Homewood as well. We thought we had options. By 9 AM, every mountain around Lake Tahoe had closed for the day. Strong winds over 80 miles per hour blew mightily, and heavy rains piled on the area. While we made the most of the day by walking out to the lake and drinking regional beer, we struggled to fill our day with activities.  For a group of a girls who didn’t intend to spend the day drinking or gambling at the casinos, not having a car really limited our ability to do anything outside of Heavenly Village.  After 10 rounds of Bingo at the Marriott, and an hour of Heads Up, we descended into an HGTV marathon.  When the unending rain of the day turned to snow overnight, we were hopeful for great skiing the following morning.

Double Black Diamonds or Back to the Base

Day two of our three day lift pass began with wind holds and delays all over the mountain. Again. Heavenly Resort straddles the state line of Nevada and California, with most of the runs on the Nevada side.  Unfortunately, the entire Nevada side of the mountain was closed, meaning that we had to take shuttles over to California and wait for two hours until the lifts opened.  While we were inconvenienced, we kept our heads up.  30 inches of snowfall had accumulated in the previous 24 hours. This was finally one of the South Lake Tahoe activities that we were looking forward to: skiing! And then we found out that it was “too much snow.” Heavenly doesn’t groom trails overnight and the only runs that were open were two short green runs and five double black diamonds.  With only experts able to manage the double black diamonds, our ski day ended after three runs and nearly two hours of wait time for the lift. Another bust.

Finally, the last day of our trip, most of the mountain was open.  With 30 inches of powder, we couldn’t wait to finally ski! What we didn’t realize is that the snow hadn’t stopped up on the peak.  We also didn’t know that Heavenly was severely understaffed.  There were no attendants at trail maps or at the disembarkation point of any lifts.  We also learned the hard way that 95% of the mountain signage was buried under snow. Thank God we had a map. We skied in dangerous white out conditions.  On top of it, we couldn’t even see Lake Tahoe!  Of all of the South Lake Tahoe activities we expected, seeing the lake from the mountain was what I most looked forward to.  At one point, we couldn’t see 15 feet in front of our faces.  It wasn’t until an hour before the mountain closed that we descended to a lower altitude and could see clearly.
After two not so great days and one okay day in Tahoe, I was really looking forward to getting home.  Of course, that was not meant to be. My flight through Seattle was delayed four hours.  I missed my connection to Chicago, and instead of getting home at 6:30 PM, I landed at 12:30 AM.   This is one of the more nightmarish travel days that I’ve experienced.  It was even worse than a red-eye from Hawaii on a workday.

I did have a great time seeing my dear friends, so that was the real highlight of the trip. I realize that I am so fortunate to not only have the means but also the freedom to travel.  What stuck with me, however, was how bothered I was by the setbacks on this trip.  Although I could sometimes be described as melancholic, I can usually power through difficult situations.  The fact that I used all of my vacation days on a bust of a ski trip was upsetting. Unfortunately, there weren’t many South Lake Tahoe activities that we could access without a car.
After nearly a month break from blogging, I am finally “over” the misfortunes of my trip.  I can’t control everything and this poor experience was just a blip on the radar.  Stay tuned for some upcoming posts about Chicago! I’ll share some activities that are great for the anxious traveler.