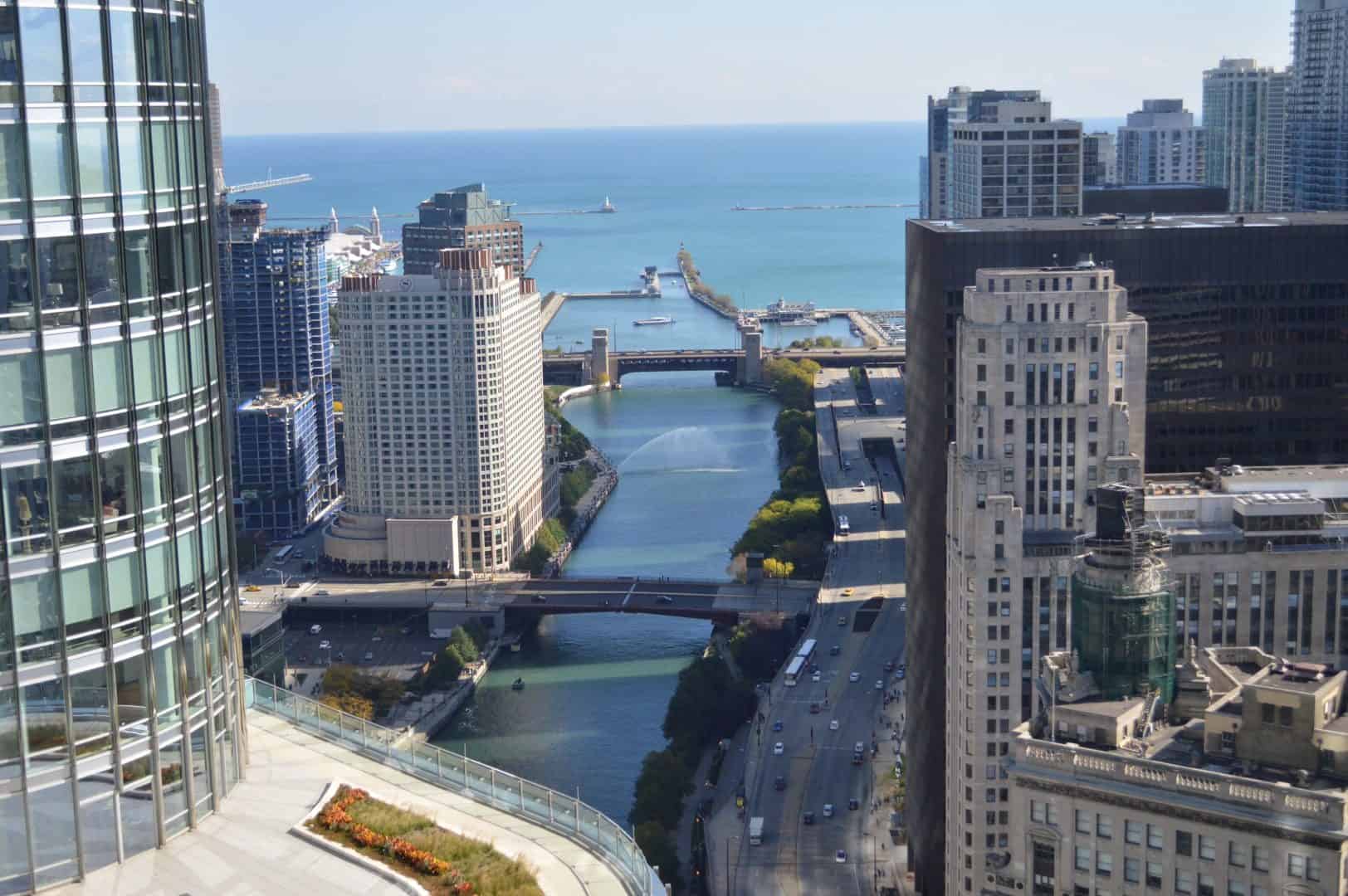 Chicago is a city of bridges. With over 300 bridges and viaducts spanning over the Calumet River and the North, South and East branches of the Chicago River, crossing from one bank to the other can pose quite a challenge. It’s easy to get angry when stuck waiting 30 minutes on the wrong side of a Chicago bridge lift. Being 30 minutes late will make a huge difference when you’re on your way to the Willis Tower. Instead of getting angry, prepare yourself by knowing the schedules. That way, you can take  a minute to admire the engineering of the structures themselves.

Chicago has so many bridges that there is actually a bridge house museum to learn about the bridges.  This museum about bridges is called the McCormick Bridgehouse Museum.  It is a small but informative museum housed in the southwest base of the Michigan Avenue bridge.  With information on the different types of bridges in Chicago, as well as the number, this museum is a small but mighty gem in the heart of the city.  With an entrance fee of $5, and free entry on Sunday, taking a walk through this museum is well worth the quick 30-45 walk through.  Closed on Tuesday and Wednesdays, it still manages to be one of the less visited museums. All in all, the McCormick Bridgehouse Museum in Chicago is a perfect place to learn a little bit more about the history of bridges and the infrastructure of Chicago.

The Chicago Bridge Lift schedule is good to know if you are in Chicago, at any time other than winter.  Chicago Bridge Lift season is between mid-April through June, and Mid-September through early November. Your preparedness for the bridge lifts will determine whether watching these rising structures will be a welcome opportunity or a major delay. On Wednesdays at 9:30AM and Saturdays at 8:00AM, the city allots time for boat runs from various shipyards to Lake Michigan slips.  In the autumn, the schedule allows for boats to head back to the shipyards at the end of the season. With the bridges up, the high boom of the sailboats can easily navigate toward the waters of Lake Michigan.

What to Expect from a Chicago Bridge Lift

If you go by the Chicago Department of Transportation website, each Chicago Bridge Lift lasts somewhere between eight and twelve minutes.  As someone who was stuck at a faulty bridge lift in dire need of a bathroom break, that is an optimistic estimate.  In the few Chicago bridge lifts that have delayed my routes, there are sometimes mechanical issues that create longer delays.  Specifically, I’ve been caught for over 30 minutes at the Wabash Street bridge and 15 minutes at the Harrison Street bridge.  I ended up missing a neighborhood tour I purchased tickets to, and subsequently created my own self guided, Chicago Walking tour.

Ashland to the West, 31st Street to the South, Kinzie to the North, and Lake Michigan to the east.

3. Chicago Bridge Lifts will affect you during the end of April through June, and the end of September through mid November.

4. Allow an additional 20 minutes for any appointments set during bridge lift season time periods.  Don’t get caught by one of the bridges if you are heading to a Saturday Cubs Day Game!

Tbh im searching for ALL the ways to save money th

This website uses cookies to improve your experience while you navigate through the website. Out of these, the cookies that are categorized as necessary are stored on your browser as they are essential for the working of basic functionalities of the website. We also use third-party cookies that help us analyze and understand how you use this website. These cookies will be stored in your browser only with your consent. You also have the option to opt-out of these cookies. But opting out of some of these cookies may affect your browsing experience.
Necessary Always Enabled
Necessary cookies are absolutely essential for the website to function properly. This category only includes cookies that ensures basic functionalities and security features of the website. These cookies do not store any personal information.
Non-necessary
Any cookies that may not be particularly necessary for the website to function and is used specifically to collect user personal data via analytics, ads, other embedded contents are termed as non-necessary cookies. It is mandatory to procure user consent prior to running these cookies on your website.
SAVE & ACCEPT
Tbh im searching for ALL the ways to save money th