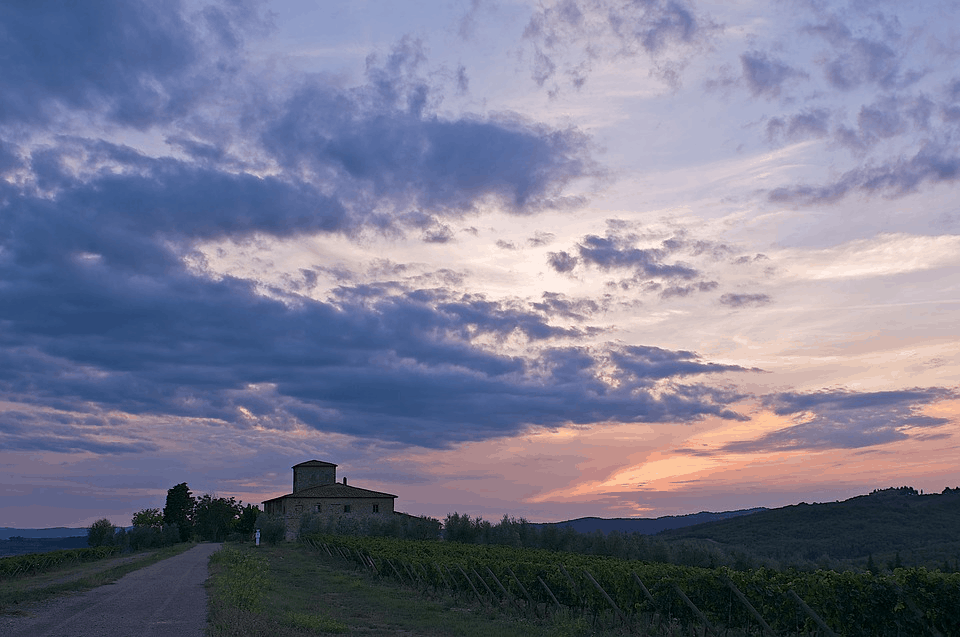 This article is guest written by Wendy Dessler.

Tuscany is home to many incredible historic villas. From the Medici era and their tumultuous history to the enchanting entranceway at Villa Garzoni, the opportunities to explore are endless.

What’s more fascinating than the popular tourist attractions are Tuscany’s hidden villas. Due to shifting economic and political climates, Tuscany is home to numerous ghost towns and hauntingly beautiful abandoned villas. For an immersive experience under the Tuscan sun, here are five of the most amazing historic villas and villages to visit in Tuscany.

When looking for a place to stay in Tuscany, try to find a location near Villa Sbertoli. This 19th-century villa was built by Agostino Sbertoli, a merchant with money to spare at the time. Eventually, the villa became a full-time psychiatric facility named for the merchant who made it possible.

Unfortunately, Villa Sbertoli became occupied by the German army in World War II. These beautiful walls with ornate decor were used to hold prisoners of war. At the end of the war, the Italian government reclaimed the villa and the grounds. However, psychiatric care was rapidly evolving, making the facility obsolete and leaving it empty since the 1980s.

While the villa is aging and falling into disrepair, you can see remnants of its former glory. This historic villa in Tuscany has seen some of the best and worst of humankind and is well worth exploring.

Heading to Tuscany? Learn about Simply Great Italian Wines to Try While You’re There!

Villa Saletta is another Tuscan estate that fell to the German occupancy in World War II. While the surrounding area is lively and vibrant, with highly regarded cafes and shops, the heart of Villa Saletta is a ghost town.

The village of Villa Saletta is home to numerous colonial farmhouses, which once housed the farmers who crop-shared the vast fields surrounding the area. Again, economic changes and political turmoil created a mass exodus, and the area has largely been empty since the 1990s.

The streets of the main area are empty, with boarded-up doors and windows creating a foreboding atmosphere. There are still remnants of the inhabitants’ daily lives floating around here and there, which add to the eerie effect.

Mirteto is a quaint area that’s largely in ruins. By touring through the overgrown paths, you can see the beauty of what was once in this area. Mirteto is near Pisa, and can only be accessed on foot by a hidden path over a little stream.

The estate, which is named for the surrounding myrtle trees, was owned by the Ricci family in the 1700s. Now, nature has reclaimed the area, toppling buildings, and boasting thriving greenery.

Santa Maria di Mirteto, the family’s church, is still standing strong amidst the ruins. You can walk inside and see the altar, with nothing but open skies overhead.

While Villa La Foce is vibrant and elegant today, it wasn’t always so majestic. This restored villa has a vital role in the region’s history and symbolizes tenacity and hope.

The scenic area of Val d’Orcia was vastly different 100 years ago. The area was in a severe drought, with farmers struggling to work the land and lacking nourishment or financial means to move.

Enter Antonio and Iris Origo. They not only renovated the villa and revitalized the lands, but their work extended into the surrounding hills. They funded water management projects and aerated and nourished the land, making it viable for farmers.

Now, this gorgeous villa sits atop the picturesque rolling hills Tuscany is known for.

Villa Demidoff is another near-miss. What was once an elegant estate fell victim to circumstance. As it was passed from owner to owner, the extensive lands and gardens fell into disrepair and were abandoned for 80 years. In the early 1800s, the original mansion was condemned and demolished.

The estate continued to pass from hand to hand, with pieces being sold off as it went. Finally, the Province of Florence came into possession of the remaining land and buildings, and it became a UNESCO heritage site.

There are many incredible villas to visit in Tuscany. Choose those with a rich history and immerse yourself in the stories these walls tell.